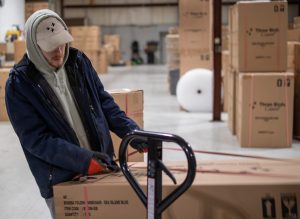 A Three Birds Casual employee unloads furniture in the business warehouse in Albion, Indiana. The frames for the company’s luxury outdoor furniture are built in Indonesia and shipped to Indiana, where cushions and fabric are designed.

The president of the luxury furniture making business knew it was time for a new facility when soaring success led to more than a half-dozen shipping containers staying in the parking lot to store office supplies. Every available building hallway and office was crammed with furniture to meet growing demand.

When the business found its new home, its new power provider welcomed the organization with money – and support lowering its long-term energy costs.

Three Birds Casual received $13,955 in Power Moves® rebates from Noble REMC, its local electric cooperative, for energy efficiency lighting upgrades installed in its new facility. The business moved into an Albion, Indiana, warehouse that previously housed a metal manufacturing company. Prior to moving in, Three Birds Casual renovated the site and upgraded to LED lighting, which is brighter and uses significantly less electricity than the previous fixtures. The Albion warehouse is 43,000 square feet, more than 3 times the size of Three Birds Casual’s previous building in nearby Columbia City. 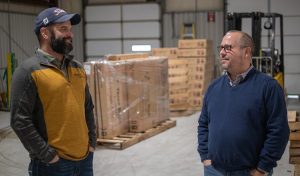 “The whole application process was incredibly smooth, and very transparent on how Noble REMC and the Power Moves team came up with the rebates and everything,” Three Birds Casual president Tad Varga said. “Our energy advisor supported us through the entire process. We wouldn’t have been able to do this without him.”

Varga initially considered building a new warehouse; the rapidly increasing construction costs would’ve been significantly higher than moving into an available site. He searched for several months before the Albion warehouse was put up for sale; he purchased it just one day after it hit the market. He then contacted Noble REMC about energy needs for the building, and he learned about the Power Moves program.

“I like researching things. I always try to find the most cost-efficient ways of doing something, and I know there are programs out there that can help,” Varga said. “There’s always an alternative way to get to the end goal.” 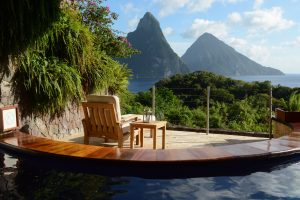 An example of the luxury teak outdoor furniture created by Three Birds Casual. Business customers include country clubs in the U.S. and Europe, as well as resorts in the Caribbean islands.

Three Birds Casual started in the late 1990s as a business selling antiques from Asia before evolving into a high-end outdoor furniture manufacturer with showrooms in Las Vegas, Nevada; Atlanta, Georgia; and High Point, North Carolina. The company’s furniture is built from teak, a durable wood resistant to extreme weather that is native to southeastern Asia.

Three Birds Casual constructs its furniture frames in Indonesia, while the furniture cushions and fabric are designed and sewn in northern Indiana. The frames are shipped from Indonesia to Albion, Indiana. Five-star Caribbean resorts and country clubs in North America and Europe are among Three Bird Casual’s customers. 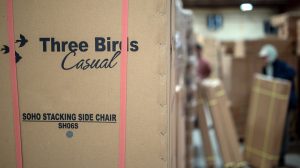 “We have a lot of manufacturing in our area, but it’s primarily automotive,” said Brian Hawk, energy advisor for Noble REMC who helped Varga with the Power Moves rebates. “Their business is very unique.”

Three Birds Casual’s building had 300 fixtures, which were replaced by less than 60 LED fixtures. Three Birds Casual also installed motion sensors that turn lights on when someone enters the area, to save more money in long-term energy costs.

“We can pay businesses to eliminate fixtures with the appropriate kinds of upgrades,” Hawk said of the Power Moves lighting rebates. “Businesses don’t have to buy more fixtures, they get to save money in the process, and we will pay them to save money. 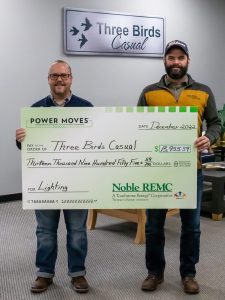 The rebates made the lighting upgrades more appealing, Varga said. He and Hawk calculated that the energy savings from the LED improvements would pay for themselves in three years, Varga said.

“We may have done the renovation to a smaller degree, if the program didn’t exist,” he added. “Getting that big rebate was nice. That in three years, we’re ahead, that’s a no brainer.”

Three Birds Casual moved into the building in the early fall, and business has continued to grow. The business eventually plans to add a showroom or store in its new warehouse.

“Three Birds Casual is a prime example of the great work that Hoosier businesses can do that create success across the world,” said Ron Raypole, president and CEO of Noble REMC. “We are proud to work with employers in all kinds of industries to ensure that they can meet their goals and thrive right here in our community. Noble REMC is invested in their success.”