“The Power Moves application process itself was very easy. … Everything was filled out pretty much electronically and submitted, so that made it really simple on our end.”

A Missouri community center found itself awash with savings after building a new water park thanks to its local electric cooperative.

Ste. Genevieve County Community Center received $36,121 in Power Moves® rebates from Citizens Electric Corp., its local electric cooperative, for the construction of River Rapids Waterpark. The rebates were for energy efficiency upgrades installed during the water park’s construction, including LED lighting and variable frequency drives (VFDs) on equipment operating the pools, slides, and other park amenities. LED lights are brighter with a longer lifecycle and use less energy, while VFDs ensure proper energy and airflow in equipment.

“When you’re starting a project, there are two major things you have to discuss … not only the construction costs, but also the operations,” said Brad Arnold, executive director of the Ste. Genevieve County Community Center which operates the water park in the East Missouri town near the Mississippi River. “So when we knew there were funds available to get a reimbursement and also to make our operations more efficient, we knew that was an opportunity and we wanted to take as much advantage of that as we could.” 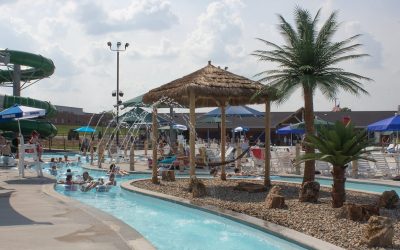 “The Ste. Genevieve County Community Center and River Rapids Waterpark are popular amenities that are tremendous additions to the quality of life for our local residents,” said Van Robinson, CEO of Citizens Electric Corp. “By contacting us early, we were able to work with the water park team to identify improvements to maximize rebates and energy savings in the park.”

The community center received support to complete the Power Moves applications and ensure installed equipment qualified for the rebates. The water park includes a lazy river, a variety of waterslides, gazebos, and indoor meeting spaces to host events such as birthday parties. The park opened in mid-summer 2019, and was immediately well-received by local residents. 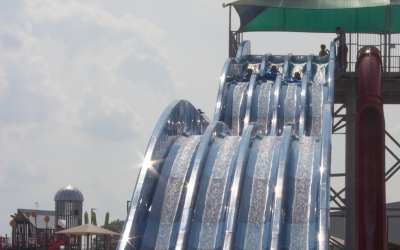 “The Power Moves application process itself was very easy,” Arnold said. “It was just a matter of contacting the people on the application materials and finding out what we needed to fill out. Everything was filled out pretty much electronically and submitted, so that made it really simple on our end.”

Ste. Genevieve County Community Center and Citizens Electric Corp. employees have already started planning for future projects. They have discussed adding VFDs to some of the equipment in the community center.

“We collaborate with a variety of organizations that we serve to ensure that we meet their energy needs while also positioning them for long-term success,” Robinson said. “Our partnership with Ste. Genevieve County Community Center reflects our commitment to our community, and how we can create a successful partnership for everyone involved.”