Who We Are » Our People » Jason Marshall 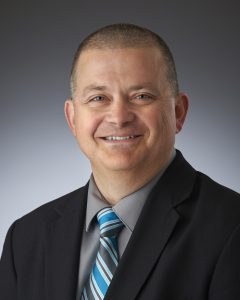 In his role, Jason leads the continued development of WVPA’s transmission business unit, reliability enhancement and the creation of a 24/7 operations center. He also represents Wabash Valley Power at organizations and regulatory bodies on regional, national and international levels.

Jason came to Wabash Valley Power from ACES, a national energy management company, where he served as Vice President of Regulatory and Reliability Services. In the role, he was responsible for regulatory services, reliability compliance and training. He has extensive experience in the energy industry, including in bulk power operations and electric reliability organization (ERO) compliance. He has served in multiple areas of the industry, including bulk power system operations, operations planning, reliability coordination and reliability policy analysis, among others. Jason also serves on the SERC Reliability Corp. Board of Directors.

When he is not at WVPA, Jason can be found spending time with his family, including his wife and two daughters, friends or at church. He also is avid cyclist.